Eurovision Song Contest Tengaged 36, also known as ESCT 36, is the thirty-sixth edition of Eurovision Song Contest Tengaged. The contest will be held at the Flanders Expo, in Ghent, Belgium, for the third time in this country, following the Belgium's victory at the 35th edition in Rotterdam with the song "Watching You", performed by Lea Rue, with 236 points. All the shows were hosted by Kevin De Bruyne and Trixie Whitley.

Forty-six countries finally participated in the 36th edition of the contest. Malta and Slovenia will return to the contest after their absences from the past contest, meanwhile Croatia, Luxembourg and Morocco withdrew alleging different reasons.

Of Monsters and Men from Iceland were the thirty-sixth winners of the Eurovision Song Contest Tengaged with the song Wild Roses with a total of 187 points. While Norway finished in second place and Bosnia and Herzegovina finished in third place.

The forty semi-finalists were allocated into six pots, based on their geographical place and cultural similarities. Drawing from different pots helps in reducing the chance of so-called neighbour voting and increasing suspense in the semi-finals. Each time a country was drawn from the pot, its semi-final and half of the semi-final was determined.

The six pots were the following: 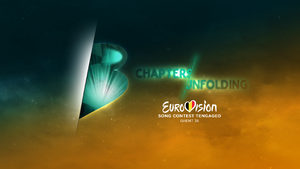 The official logo of the thirty-sixth edition of the contest.
The logo of the thirty-sixth edition of the Eurovision Song Contest Tengaged was designed by Alex Ramírez the main producer of Eurovision Song Contest Tengaged. The main logo of this edition is a figure in a letter B shape, refering to the outline of Belgium's map, using algo the slogan Chapters Undolfing. It's a clear reference to the introduction of new rules starting from this edition and also to the arrival of new Heads of Delegation to the contest. A new chapter is going to be unfold from this edition onwards.

Forty-six countries officially confirmed their participation so far in the 36th edition of the contest. Malta and Slovenia returned to the contest after their absence from the past contest. Surprisingly, Croatia, Luxembourg and Morocco withdrew alleging different reasons. 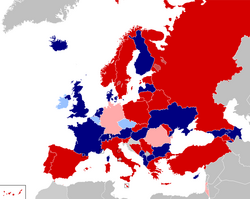 On 16 March 2020, it was communicated to the TBU, that the Cypriot song "Logia Omorfa" performed by Yianna Terzi was indeed a cover of the famous slavic song "Stanga". Due to the already initiated process of voting, the organization decided not to disqualify the country, but it would receive a penalty which meant into removing the first highest score this country received. Finally, this decision didn't affect the overall results as Cyprus finished in last place.

On 25 March 2020, during the period of voting for the Grand Final, the TBU realised that Monaco's official video had more than 50 million views, while the view rule for microstates is 1 million of views. Once again, the country wasn't disqualified because of the advanced process of voting. However, this country received a penalty and the two highest scores that Monaco received were deducted from their total score. Originally, Monaco finished in 17th place with 96 points in the grand final, but after penalties, Monaco was lowered up to the 20th place with 72 points.

Eligibility for potential participation in the Eurovision Song Contest Tengaged requires a national broadcaster with active ETU membership that would be able to broadcast the contest. As in every edition, an invitation to all the members have been sent in order to confirm whether they will participate or not. The following list of countries declined stating their reasons as shown below:

The eleventh ESCT Second Chance Contest edition took place when ESCT36 finished and was hosted in Hungary for the first time. Each country could submit one of their national selection entries to compete in the contest with some rules applying for the entries.

Retrieved from "https://esct.fandom.com/wiki/Eurovision_Song_Contest_Tengaged_36?oldid=5433"
Community content is available under CC-BY-SA unless otherwise noted.