Eurovision Song Contest Tengaged 35, also known as ESCT 35, is the thirty-fifth edition of Eurovision Song Contest Tengaged. The contest will be held at the Rotterdam Ahoy, in Rotterdam, Netherlands, for the first time, following the Netherland's victory at the 34th edition in Bucharest with the song "Skyward", performed by Davina Michelle, with 251 points. All the shows were hosted by the famous Dutch singers Anouk and Douwe Bob.

Forty-seven countries officially confirmed their participation so far in the 35th edition of the contest. Bulgaria will return to the contest after its absence from the past contest, meanwhile Montenegro will do the same after the international issue about a Balkan bloc vote last edition. Surprisingly, Malta and Slovenia withdrew alleging different reasons.

Lea Rue from Belgium was the thirty-fifth winner of the Eurovision Song Contest Tengaged with the song Watching You with a total of 236 points. Czech Republic finishing in second place and Israel finishing in third place.

The forty-one semi-finalists were allocated into six pots, based on their geographical place and cultural similarities. Drawing from different pots helps in reducing the chance of so-called neighbour voting and increasing suspense in the semi-finals. Each time a country was drawn from the pot, its semi-final and half of the semi-final was determined.

The six pots were the following: 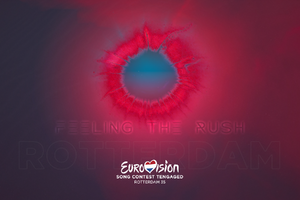 The official logo of the thirty-fifth edition of the contest.
The logo of the thirty-fifth edition of the Eurovision Song Contest Tengaged was designed by Alex Ramírez the main producer of Eurovision Song Contest Tengaged. The main logo of this edition is a figure something similar to a human cell, using algo the slogan Feeling the Rush. It's a clear reference to an adrenaline rush that everyone feels when everything related to this contest happen, such as the songs, the voting, the emotions... An unique feeling or emotion that makes this contest singular, specially after having waited so long for this edition to start.

Forty-seven countries officially confirmed their participation so far in the 35th edition of the contest. Bulgaria returned to the contest after its absence from the past contest, meanwhile Montenegro did the same after the international issue about a Balkan bloc vote last edition. Surprisingly, Malta and Slovenia withdrew alleging different reasons. 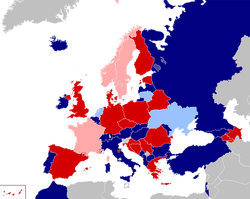 For the third time, Eva Simons represented Netherlands, following her participation in the 13th edition for France and the 23rd edition for Netherlands. The Serbian artist Saša Kovačević represented his country after doing it in the 20th edition, just as Nina Kraljić who represented Croatia in Eurovision Song Contest Tengaged 21. The Croatian artist Nina Kraljić represented her country after doing it in the 21st edition, while Nadine Coyle represented Ireland back in the 11th edition. Michael Schulte will represent Luxembourg for the second time, after participating in the seventeenth edition. Another artist whose participation in the contest is the 3rd one is Parov Stelar who represented Austria in the 20th and 32nd editions.

On 17 November 2019, the Estonian broadcaster announced their entry for the edition; Liis Lemsalu would represent the country with the song "Kehakeel". However, it was eventually discovered that the song was a cover of Finnish song. Therefore, the country was forced to change their entry. The Estonian broadcaster was given an extra day to submit their song. The broadcaster was not fined by the TBU despite the song breaching the contest's rules, as the song was approved by the NBU beforehand.

Eligibility for potential participation in the Eurovision Song Contest Tengaged requires a national broadcaster with active ETU membership that would be able to broadcast the contest. As in every edition, an invitation to all the members have been sent in order to confirm whether they will participate or not. The following list of countries declined stating their reasons as shown below:

The following countries participated in the thirty-fourth edition, but have not yet announced whether they will participate in this edition:

The tenth ESCT Second Chance Contest edition took place when ESCT35 finished and was hosted in Netherlands for the third time. Each country could submit one of their national selection entries to compete in the contest with some rules applying for the entries.

Retrieved from "https://esct.fandom.com/wiki/Eurovision_Song_Contest_Tengaged_35?oldid=5207"
Community content is available under CC-BY-SA unless otherwise noted.