49 countries confirmed its participation in the 26th edition of the contest. This includes Latvia, who returned after an one-edition absence due to budget cuts.

Once again edition, because of the high amount of participant countries, a Pre-qualification round was introduced, where the bottom 4 from each semifinal from last edition will compete to win a spot in the Semifinals. The voting countries will be the own participating countries and a jury voting based in the votes from the Big 5. The 4 countries with most votes will go through the Semifinals.

Tayanna from Ukraine became the twenty-sixth winner of the Eurovision Song Contest Tengaged with the song I Love You with a total of 196 points. Spain finishing in second place and Lithuania finishing in third place. 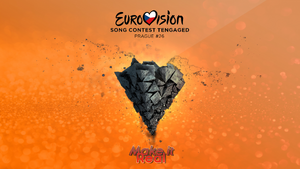 The official logo of the twenty-sixth edition of the contest.

The twenty-sixth edition logo of the Eurovision Song Contest Tengaged was previously designed by Alex Ramírez the main producer of Eurovision Song Contest Tengaged and the executive conseulor, Paul Manea. The main idea was to transmit something shocking, intense and energetic due to the some issues that the contest was suffering in the last editions. Overcoming those issues between all the producers and participants, led to this magnificient logo and everything is possible if you want to Make It Real, which that's where the slogan came from.

Forty-nine countries confirmed its participation in the 26th edition of the contest. This includes Latvia, who returned after an one-edition absence due to budget cuts. 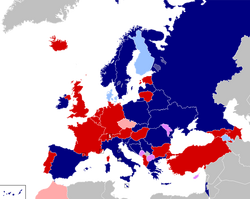 Below is a summary of the maximum 12 points each country awarded to another in the Pre-Semifinal Round.

The first ESCT Second Chance Contest took place for this edition and was hosted by Israel. Each country could submit one of their national selection entries to compete in the contest with some rules applying for the entries. Finland won the contest with Emma and her song "Circle Of Light".

When the official recap of the Semifinal 1 was released, the Swedish delegation complained about the quality of the video of their entry which was an live performance instead of the lyric video that the delegation was claiming. The country threat to withdraw, however, the delegation and the organizacion came to an agreement and the country didn't withdraw.

Shortly after the opening of the semifinals, the Belgian entry "Mercy (Shy Guy)" by Unicq was detected to be a cover song, originally performed by Diana King in 1995. Due to the organisation problems of a potential entry change and the low publicity, the entry was allowed to remain in the competition.

Retrieved from "https://esct.fandom.com/wiki/Eurovision_Song_Contest_Tengaged_26?oldid=4702"
Community content is available under CC-BY-SA unless otherwise noted.